What we hope to do

Beyond that, we would hope to fund the building of an IT room, Library and other facilities.

We also hope to be able to continue to fund the provision of facilities for further and vocational training. The opportunities created by these projects will be invaluable in allowing the young people of the region to lift themselves out of the poverty of diminishing subsistence farming.

What we have done

In October 2018 we provided funding for a fourth classroom to be built, which was completed in February 2019, in time for the new school year. This allowed the school to recruit pupils to an additional year group. By the summer of 2019 numbers had risen to 88 pupils on roll, including 42 girls and 46 boys. 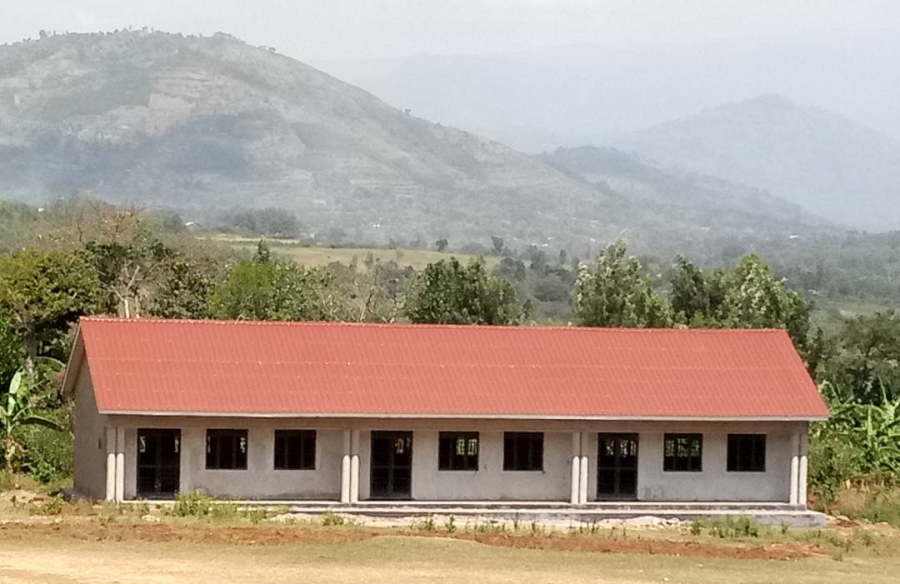 Following the completion of the workshop (see below), we talked with the community of Butta to determine what future project might benefit them the most. We discussed building further classrooms or workshops, and eventually settled on a plan to build a Community Secondary School.

In Uganda, primary education is free to all, but secondary is not, and availability can be sparse. Attendance at secondary school for the children of Butta required a long journey across land and a potentially dangerous river - a journey many parents are not willing to let their daughters undertake for safety reasons. The alternative of paying the fees to attend a boarding school is unaffordable to most villagers. As a consequence, completion of secondary education is rare in this community, which is locked into a cycle of poverty and subsistence farming.

A Community Secondary School offers many advantages: a school local and accessible, controlled by the community, with fees (still a necessity in the Ugandan system) set at a level affordable to the community. Any excess funds stay in the community, rather than going to the owners of private schools.

We raised an initial sum of £20,000 with which we were able to fund the building of the first three classrooms. The local Church of Uganda gave land to the project: providing additional safeguards relating to its future use.

Labour for building the classrooms came from the local community, providing employment and building skills, and where possible, materials were sourced locally.

The classrooms were completed in time for the school to open at the beginning of the Ugandan school year in February 2018. 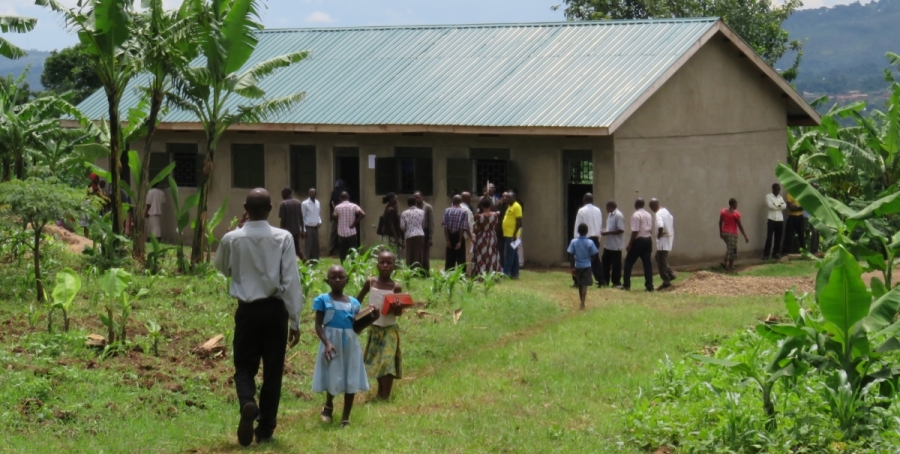 Our first project was initiated and supported by Northampton Quaker Meeting in conjunction with the Butta Furniture Makers Association, a Ugandan charity set up by Alex Gyabi, a Ugandan Quaker and attender at Northampton. Further funding was provided through a QPSW (Quaker Peace and Social Witness) grant.

The building constructed has a workshop, classroom and offices, and is now being referred to as Butta Polytechnic. It opened its doors in June 2017 and helps people gains skills that allow them to make a living beyond subsistance farming.